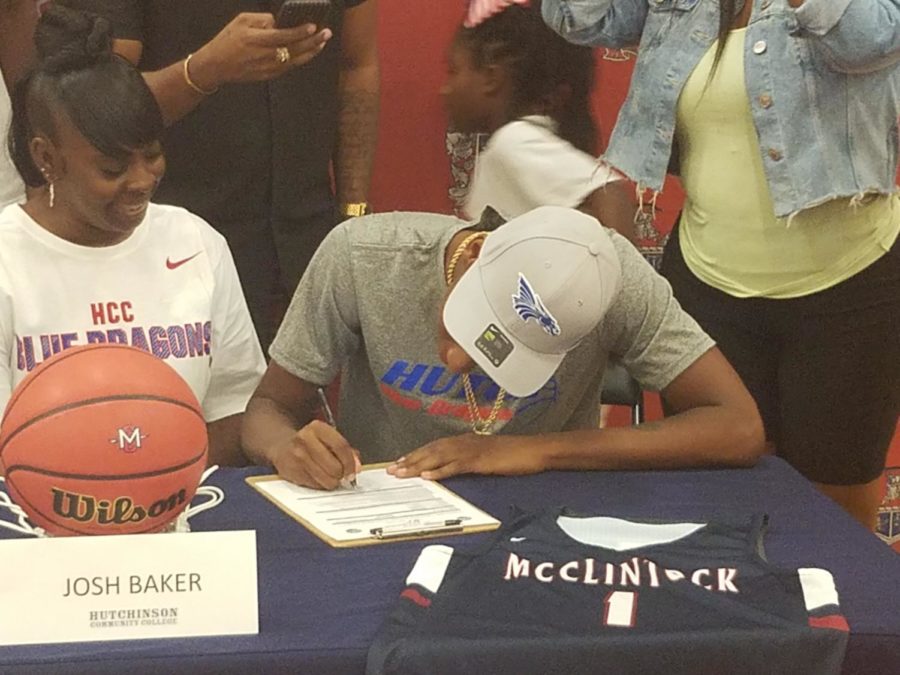 Baker, a 4-year guard for the Chargers, signed his National Letter of Intent in the McClintock gym surrounded by basketball coach Sam Denz, and Baker’s friends and family.

Charger Hoops Varsity team had a successful 2018-2019 season, making it all the way to the AIA 5A semi-finals playoff game. They fell to Gilbert High, 45-46, at
ASU’s Wells Fargo Arena.