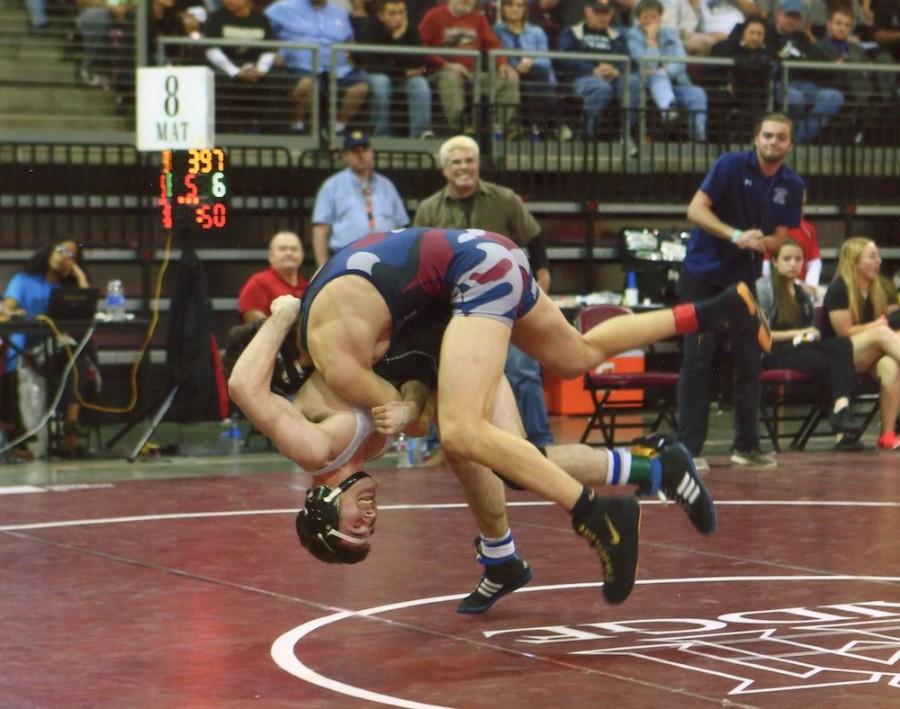 The wrestling state tournament was held on Feb. 12 to 14, and McClintock is home to two state champions, Marco and Gator Groves.

“He really controlled the entire match,” coach and father Robert Groves said. “He always stays poised and in great position which makes it very difficult to score on him.”

“Marco wrestles a little out of control at times which got him in trouble,” Robert Groves said. “But he never gave up even when the odds were against him and pulled it out at the end.”

This is McClintock’s first state champions since 1993 and the first time ever in state history to have freshmen twins have win state titles.

Junior Noah Bello ended the season with a 42-8, and was one win away from placing at the state tournament.