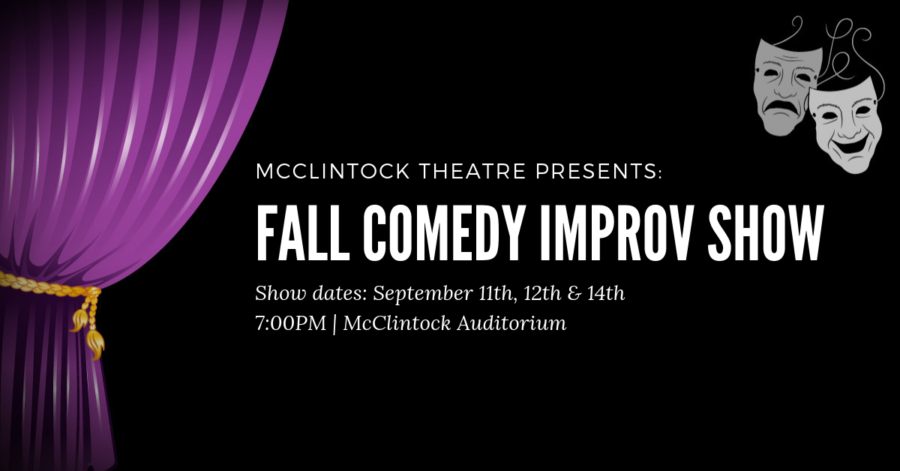 McClintock Theater is starting the school year with an Improv Comedy Show.

The show, led by Theatre teacher Tim Cornwell, will feature student comedians performing hilarious skits. This is the second year in a row the school has hosted an Improv Night.

Tickets will be available at the door for $5.

McClintock Theatre will be performing “Sound of Music” and a Night of Shorts later this school year in the spring.